A local artist’s portraits are on display at the Edmonds Library from November 2 to December 15, 2010 at 650 Main Street in downtown Edmonds. The show is put on by the Edmonds Arts Commission as part of its cultural plan to establish Edmonds as a destination for the arts. 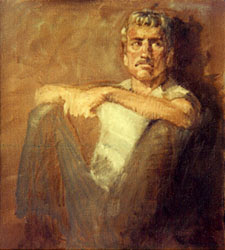 Edmonds, Washington, November 2, 2010 - The Edmonds Library (650 Main Street) is featuring the portraits of Edmonds’ artist, Bonnie Hodges, now through December 15, 2010. The Edmonds Arts Commission (EAC) oversees the library exhibits as part of its Community Cultural Plan. The EAC seeks to “ensure that the arts are integral to our community’s quality of life, economic vitality, and central identity.” The EAC’s vision is to enhance Edmonds as an established arts destination.
Hodges may be relatively new to Edmonds, but she is already very active on the Edmonds’ art scene. Hodges teaches painting classes at Edmonds Community College and at Cole Gallery. Her paintings have been featured in local shows, such as the Edmonds Arts Festival Juried Gallery, Edmonds Art Studio Tour, the Arts of the Terrace Juried Art Show, the Emerald Downs Equine Art Show, and several Edmonds Art Walks. Hodges has also donated paintings to support local charities, such as the Edmonds Mural Society and the Louis Braille School.

Hodges works mainly with oil, pastel, watercolor, and computer-rendered art. Her realistic style brings spirit and energy to her portraits and other paintings. Jerry Goldstein, the owner of Post Gallery in Houston, described Hodges as “an extremely versatile artist [with] an ability to be tight and expressive with a use of color value that is extremely good.” 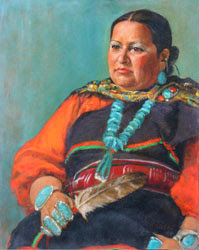 For more information about the portrait exhibit, please see http://www.sno-isle.org/?ID=1195.
About Bonnie Hodges:

Hodges is an award-winning artist in Edmonds, Washington. She holds a B.A. in Studio Arts from the University of Maryland, and worked as an illustrator for the U.S. Department of State in Washington, D.C. Her paintings have been featured in national and international art shows, competitions, book and magazine covers, and are on display in collections in the USA and Europe. Hodges donates 10% of the commission she receives for animal portraits to animal charities. 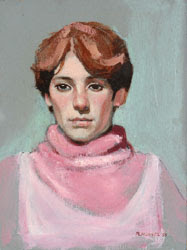